Australia’s second longest serving post-war foreign minister, Gareth Evans played an integral part in a concerted all of government push in the 1980s and 90s to engage and integrate with Asia.

Now, it appears, decades of diplomacy are unravelling amidst the fallout from COVID-19 and US-China tensions which have pitted Australia’s major strategic partner against its number one economic partner.

Says Evans, “I’m afraid that the relationship with China is about as bad as I can remember, and there’s not much sign of it recovering at the moment.”

In a video interview with the South China Morning Post, he’s pointed to a series of events which have now converged, presenting a challenge to policymakers in both nations.

“China’s behavior,” he says, “has been more authoritarian internally and has been much more assertive, aggressive in fact, internationally [which is] not doing China’s soft power reputation any good at all.”

Evans is far from alone in stating the posturing of the Australian government is not helping the situation. There’s been a recent series of announcements in relation to foreign investment, cyber security and a significant increase in defence spending.

Whilst the Prime Minister and senior government ministers have not directly mentioned China in pushing its new policies, their supporters in the media always have.

As for China’s reaction, says Evans:

“It’s not been without provocation on the Australian side, our rhetoric has escalated I think beyond endurance. Some aspects of Australian governmental behavior have been unquestionably provocative.”

“Malcolm Turnbull’s reference three years ago to Australia’s ‘need to stand up’ using the Maoist invocation, in rather poor Mandarin, to foreign interference hasn’t been forgotten in Beijing.

“And of course our call for an inquiry into COVID-19 – while it’s perfectly justified that there be a lessons learned exercise – I think was not unreasonably seen as provocative, because it was singling out China and engaging in a blame game.”

“There’s a lot of problems on both sides and it’s very important for both sides to find a way out of this hole and stop digging.”

China has responded with actions and rhetoric which have not immeasurably damaged trade relations with Australia but have put the Australian government on notice that Beijing is more than simply displeased.

Prohibitive tariffs have been placed on Australia barely and the exports licenses of key beef producers have been suspended over labeling issues on export consignments. The fact that Australia’s peak body representing meat producers conceded that China was right in asserting mislabeling was lost on the mainstream media.

Nonetheless these moves, and subsequent warnings to Chinese students and tourists about travelling to Australia are clearly aimed at punishing Australia.

Says Evans, “Beijing has to realise that it’s not doing it’s international reputation any good at all with this combination of overreach internally and the wolf warrior diplomacy that’s going with it.

There is common ground

Evans points to areas where it makes sense for Sino-Australian cooperation on regional issues, which invoking the words of former UN Secretary General Kofi Annan, he calls “problems without passports.” Initiatives he cites include climate change, future pandemic responses, UN peacekeeping and combatting piracy and terrorism.

Says Evans, “There’s lots and lots of scope for cooperation between Australia and China on those fronts which gets us out of the argument that it’s all about geo-strategic relationship or all about economics.”

Given the rise the rise of the Black Lives Matter movement globally part of Australia’s national discourse has shifted to our history post the arrival of the first British settlement 232 years ago.

He did not make reference to this movement or recent protest but speaking in general terms about Australia’s place in the world stressed his long-held belief that, “Australia’s got it that our future lies with our geography not with our history. That was the mantra of the Hawke-Keating government that I served in and I think overwhelming the Australian population and governments generally do get it.”

Not everyone gets it

A small cabal of maverick federal parliamentary backbenchers, Murdoch columnists and Sky News hosts are advocating a path whose logical end is completely cutting off all ties with China.

They’ve been widely accused of deliberately inflaming the public debate by labeling any person or group advocating engagement with China as part of the “pro-Beijing lobby”.

Another former Labor Foreign Minister, Bob Carr has been in the firing line of such attacks, as has Evans to a lesser extent.

He says, “The notion that there can be some sort of comprehensive decoupling is completely nonsensical. It’s certainly nonsensical for the United States because it remain joined at the wallet with China in so many obvious ways with bond holdings and so on.

Evans argues the short-term prospects, particularly in light of the coronavirus pandemic, lie in cooperation and building upon areas of mutual benefit.

“Both sides would be crazy to try and spite ourselves to work backwards from that present relationship,” he says. 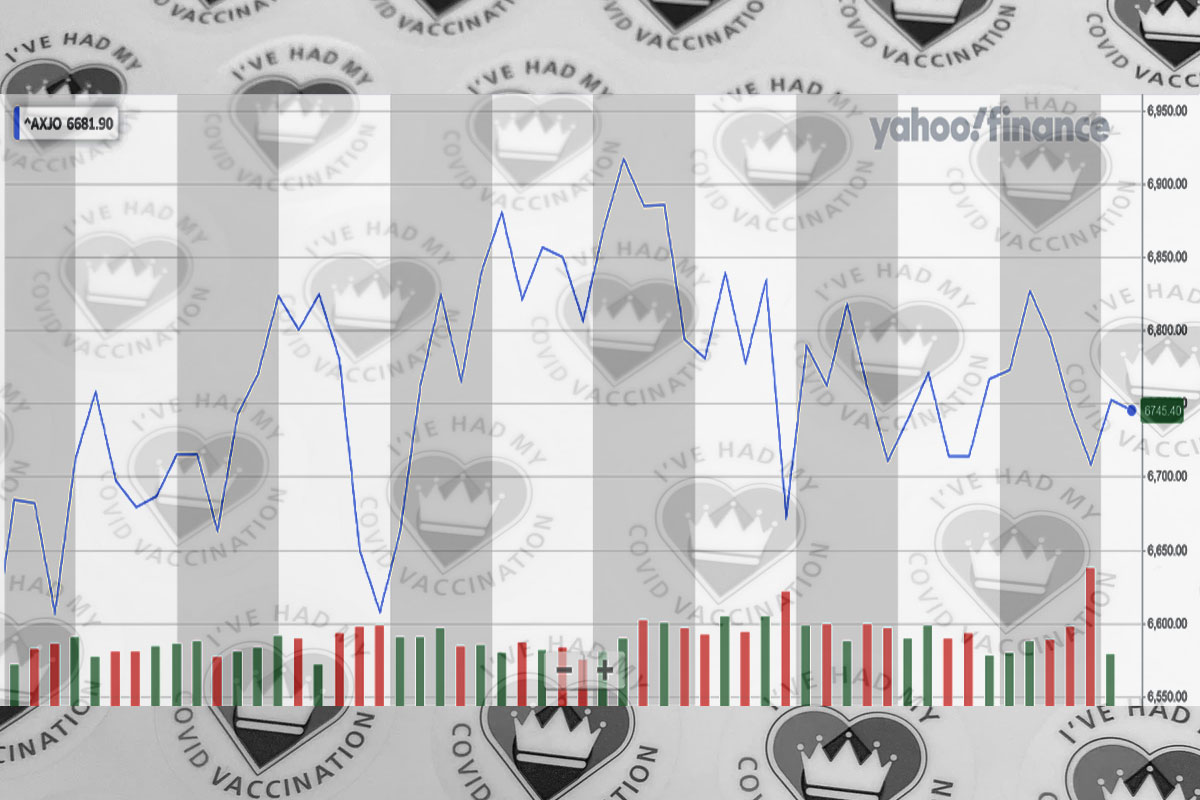 Pause on vaccines but not markets