Inclinations: an exhibition of four contemporary Chinese artists with an eye on Australia

Four artists born and raised in China have brought their art, and their artistic flair with them after emigrating to Australia. Simon Hua, Lisa Liang, Sam Zingping and Hua Ye, have collaborated to show their works together for the first time at Sydney’s 541 Art Space.

Simon Hua (Hua Sheng Hu) was born in Shanghai 1962 studying graphic design at the Shanghai Publishing and Printing college. He became an art editor for the Shanghai Translation Publishing house, before moving to Australia in his twenties.

After 30 years in Australia for over 30 years, he has developed an interest in Aboriginal art, due to its cultural significance and traditional style.

This fondness led him to make numerous visits to the Northern Territory to meet, learn from and work with local indigenous artists. Simon admires the devotion of Aboriginal artists and their ideology of creating artwork to tell stories.

His adoration for art has led him to visit museums around the world ranging from Europe to America. With his favourite location being the Paul Klee museum in Berne Switzerland, this is due to Paul Klee’s style truly resonating with Simon’s view on art. This revolves around the notion of art being abstract rather than a replication of reality and using art to express human emotions.

While studying at the Luoyang Normal University, her oil painting “Two Nudes” won the oil painting prize in the Henan painting competition of “30 Years of Reform and Opening Up”.

Emigrating to Australia in 2010, Liang Xue’s work combines sensuous colour palette and oriental lines to blend the love of ancient oracle bone script and seal script. She is committed to making all viewers feel the power and hope of life, often involving landscape, seascape and urban landscape with the stated intention of disassembling boundaries of identity, sexuality, and body.

The tactile quality of the work, with its assured oriental brushstrokes, resonates strongly with Liang’s allusions to an inward sense of order, cast into a dynamic relationship with the underlying rhythms of a natural mythological cosmos. Liang continues to live and work in Sydney.

Zengping Lai (Sam) started learning painting at an early age. He studied in Qingdao Arts and Crafts School (now Qingdao Science And Technology University) from 1982 to 1986. Though his painting language has been influenced by the temperament of Northern China Work-On- Location Images School.

His work emphasizes self-perception in his specific practice, respecting nature but not being entangled in actual objects. With strokes confident and decisive, hues and colours bright and natural, his paintings are fluent, brilliant and vigorous. Major experiences of participating in Australian art exhibitions.

Over the past three years he’s participated in and been a finalist in several art competitions including the Gosford Art Prize, Mosman Art Prize and Hunters Hill Art Prize.

Hua Ye was born in Guangdong province, in southern China, in 1961. As a teenager his talent was identified and led to an invitation to study at the selective Youth Arts Centre of Gangzhou from 1975 to 1979.

Upon completion of his studies, he taught art as a teacher at Gangzhou High School for the next five years. In 1984 he left teaching to study Fine Arts at the Academy Of Art Guangzhou, where he was tutored in watercolor painting by renowned artist Wang Zhaomin.

In 1990 Hua moved to Sydney, where he continued his artistic pursuit in drawing and painting. Entering his first competition in 1992, he’s won several awards and commendations in Australian art prize exhibitions. Aside from Australia his works have be sold across Asia, Europe and North America. 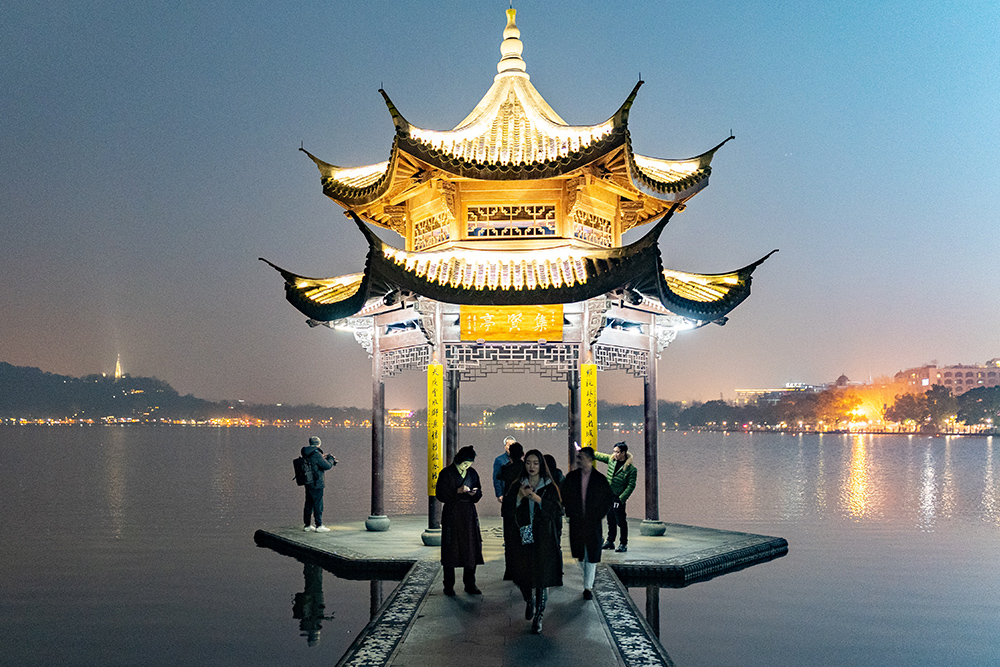