Chinese-Australian community leaders have cautioned a number of the findings of a Lowy Institute report into the Chinese-Australian diaspora have been left wide open to interpretation and its findings could be used to further marginalise the community.

The report provides a snapshot of life for Chinese-Australians, three quarters of whom say they are happy living in Australia, despite one in five reporting they have been physically threatened or attacked.

Despite a barrage of negative media reports, inflammatory comments from anti-China government backbenchers and government funded think tank reports which have seemingly marginalised Chinese-Australians, a new report from the independent Lowy Institute finds that the number of Chinese-Australians who express pride in this nation is similar to levels of pride expressed across the wider community.

The Being Chinese in Australia report, a survey of 1,000 Chinese-Australians, makes for interesting reading; but when reading survey results it is important to remember there are “lies, damned lies and statistics.” Of course that quote itself is open to much conjecture as to who actually first coined that phrase?

In publishing this report, co-authored by researchers Natasha Kassam and Jennifer Hsu, the Lowy Institute has certainly made a more serious attempt of analyzing issues surrounding the Australian community than its peers at the Australian Strategic Policy Institute (ASPI).

A key feature of this report is that its survey results for Chinese-Australians were compared alongside another survey group, of 3,000 participants, representative of the wider Australian community.

The Lowy report estimates the statistical margin of error in its survey is 1.96 percent. It is valuable that they should make this disclosure; but if Australia’s 2019 Federal Election, Trump and Brexit have taught us anything, margins of error are now a lot higher than the traditional 2-3 percent.

Readers, and more importantly policymakers, should be careful in reading too much into this report. It is not presented as a definitive survey into the Chinese-Australian community, there are some gaps in the report and some assumptions—particularly in relation to the use of Chinese social media—which are not supported by other studies.

There has also been criticism that the survey questions lacked scope and proper context, presenting participants with limited choices that led to a report with findings that can be skewed to fit an anti-Chinese Australian narrative.

Not embraced by Chinese Community

A number of Chinese community leaders, including Kingsley Liu, lawyer and President of the Chinese Community Council of Australia have questioned the survey methods which leave some of the results wide open to interpretation. He says the report contains too many “one liners to glean out of this and politicians from the right will have a field day with the Lowy report” and use it to “run [negative commentary] in parliament for years.”

Erin Chew, co-founder of the Asian Australian Alliance, has questioned both the survey methods and findings of the report telling the South China Morning Post, “I feel it is irresponsible for the government to commission a report which could be skewed negatively towards Chinese-Australians.” She was interviewed as part of the survey but did not participate in the poll.

One of Australia’s most respected Chinese Community leaders, Dr Tony Pun OAM, said the money put into this report by the Department of Home Affairs was “not well spent” and it would not promote cohesion and harmony in Australian society.

Malaysian-born, Dr Pun is the former chief scientist of St Vincent’s Hospital in Sydney, who has provided counsel on Chinese-Australian issues to a number of prime ministers, including Bob Hawke and Gough Whitlam. In questioning the Lowy findings he says:

Going further he says, “Their expression of friendship to the Chinese Australian community has not been genuine.”

Despite a torrid year for both Chinese and Asian communities living in western nations, the report says, “Most Chinese-Australians feel a sense of belonging, acceptance and pride living in Australia.”

However, it also finds, “A significant minority of Chinese-Australians have experienced discrimination of some kind in the past year. Many say the COVID-19 pandemic and the state of Australia-China relations contributed to that experience.”

The report also correctly identifies the deterioration of Australia-China relations began in 2017—not as widely misinterpreted in April 2020 with PM Scott Morrison and Foreign Minister Maris Payne’s unilateral call for a COVID-19 investigation team, with UN-weapons inspector powers, to be sent into Wuhan.

Asked if they felt accepted in Australia, 63 percent of respondents said yes, while 77 percent of Chinese-Australian citizens and permanent residents say Australia is a good place to live. No comparative figures were provided asking Australians or other migrant communities on their levels of satisfaction living in this country.

Discrimination on the rise

Consistent with other surveys and media reporting across the past year, a high number of respondents said they had suffered discrimination linked to their ethnicity. 37 percent felt that had been treated negatively because they were Chinese-Australian, while 18 percent said they had been physically threatened or attacked in the past year.

Two out of every three respondents (66 percent) pointed to COVID-19 as a being the contributing factor the abuse they reportedly faced, while just over half (52 percent) cited poor relations between China and Australia.

This strongly suggests China’s ongoing spat with Australia is not simply impacting exporters and Australia’s GDP, it is having a significant social impact on Australians of Chinese ethnicity.

This should be food for thought and perhaps something both governments should consider amidst a campaign of provocation and retaliation.

There have been widespread media reports of attacks on Chinese-Australians, whilst the Asian-Australian Alliance — which is not widely known in the Chinese community as it predominantly operates outside of Chinese media and social media circles — has chronicled 512 reported racist attacks on Asian-Australians in the past year.

This is a global phenomenon, in May last year, UN Secretary-General Antonio Guterres said, “the pandemic continues to unleash a tsunami of hate and xenophobia, scapegoating and scare-mongering.”

In the US in particular there have been many reports confirming that Asians of non-Chinese ethnicity, such as Koreans, Japanese and even Filipinos have suffered COVID-19 related racial abuse.

Another recent survey by the Scanlon Foundation reveals that a disturbingly high 47 percent of the community harbours negative attitudes to Chinese-Australians. What makes that figure disturbing is that presumably these are attitudes of people not in direct contact with the Chinese community. Thus their views would likely have been shaped by mainstream media, social media and political commentary.

However, this is not simply a reflection of uniquely Australian attitudes, 2019 global survey conducted by Gallup found 46 per cent of respondents, across 143 nations, did not feel their communities were welcoming of migrants.

Foreign Interference and attachment to China

The Lowy survey presents Chinese-Australian attitudes in relation to foreign interference as somewhat of a mixed bag; 35 percent on those surveyed reported little or no attachment to China.

Though respondents were not asked about the nature of actual interactions, a great number of those contacts would have been in relation to such things as Chinese New Year functions, cultural and trade related events.

From the author’s perspective, having attended numerous events also attended by Chinese diplomatic representatives, it would a great over exaggeration to suggest anything but a small number of interactions were of political in nature.

84 percent of those surveyed said they has little or no contact at all with Chinese diplomatic missions.

It is quite possible that these answers were skewed by popular misconceptions, held by the entire population, about the level of US engagement in Australia. Few respondents would have known that the US accounts for 25 percent of all foreign investment in Australia, China’s accounts for just 2 percent and is only Australia’s 9th largest foreign investor, while the US is number one.

Respondents would have been unaware of research conducted by ANU Academic Dr Dirk van der Kley who found key Chinese groups to have been a “dismal failure” in influencing Australian government policy.

Around half of Chinese-Australians say the media (45 percent) and politicians (44 percent) give foreign interference ‘too much attention’. If comments across business social media networking site, LinkedIn are an indication, anecdotal evidence suggests a far higher number Australians conducting business with China say there is too much focus on foreign interference.

It should be kept in mind that Australian businesspeople who attend Chinese functions are often attacked in the media and particularly social media for coming under “Chinese influence.”

WeChat but what do “we” chat about?

The one set of data that is most widely open to interpretation are the answers in relation to the use of WeChat. In this respect the Lowy report falls down badly; whilst its survey results may be an accurate reflection of Chinese social media engagement, its failure to explain the true nature of WeChat is problematic.

In mid-2020 spy agency ASIO and the Australian Federal Policy (AFP) raided the homes of a number of Chinese journalists, and that of NSW Labor Politician Shaoquett Moselmane and one of his part-time staff members. Despite his public humiliation, Moselmane was never a suspect in a criminal investigation nor charged with any crime.

It has been widely reported that those raided were part of WeChat groups (similar to private WhatsApp groups) and the constant mainstream media suggestion since then is that operating a WeChat account is a nefarious activity and a vehicle for political interference.

The question not asked is: for what purpose do they use WeChat? The answer: It is overwhelmingly not political.

For most Chinese people, WeChat is mainly used as a communication app from which they can easily send messages, have voice and video calls. The WeChat Moments function allows users to post on a timeline much the same as Instagram. The overwhelming majority of posts are updates on people’s personal lives, funny video clips from the internet and the most popular being images of food, social gatherings and places of interest such as parks and beaches.

When there is political commentary on WeChat it is not automatically pro-Beijing. Research from the Melbourne Asian Review on posts in the run up to 2019 Federal election found that the majority of content across accounts was supportive of the Liberal Party. It identified a number of accounts which had translated or reproduced Liberal Party advertising, whereas two accounts ran ads directly paid for by the Liberal Party.

The Lowy report oversimplifies the true nature and actual uses of WeChat for most Chinese-Australians. Its survey results run the real risk of feeding into false negative perceptions about WeChat’s role in influencing the political attitudes of Chinese-Australians.

Of those Chinese-Australians surveyed 74 percent refer to Chinese-language media based in China, such as Xinhua and People’s Daily, as regular sources of information.

In one of the most comprehensive reports on Chinese media interaction in Australia, UTS Professor Wanning Sun found, “Chinese audiences, including migrants from the PRC, tend to harbour an innate scepticism or even simply an indifference towards Chinese state media propaganda.”

Even in Australia, where press freedom is viewed with reverence, research by Ipsos found that only 8 percent of Australians have compete trust in what our mainstream news sources are telling them.

This report on its own is not enough to complete the full picture of the life of Chinse-Australians, however, it is a very big piece of an important puzzle.

Initial media reports focused on the racism towards and harassment of Chinese-Australians, however, Chinese community leaders fear when those headlines fade parts of the the report will be cherry picked to criticize Chinese-Australians.

Note: This story was updated after publication to include comments and views of a number of Chinese-Australian community leaders. 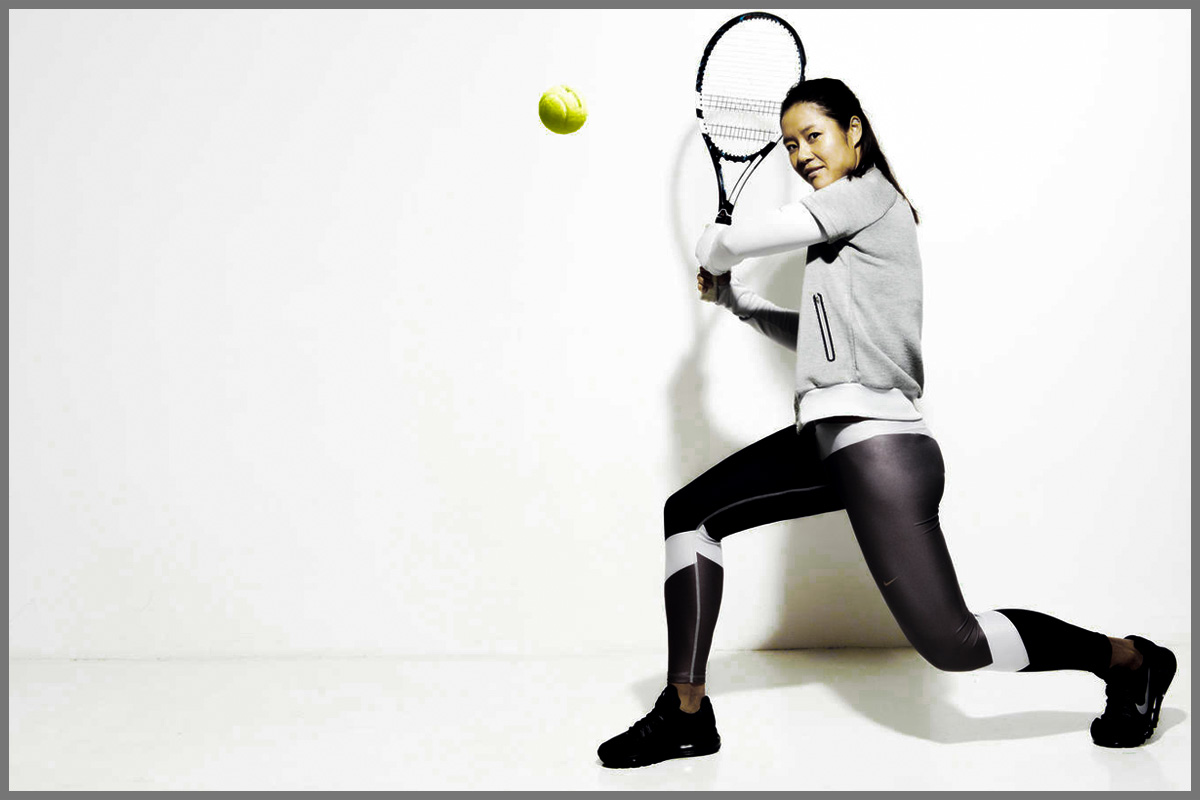 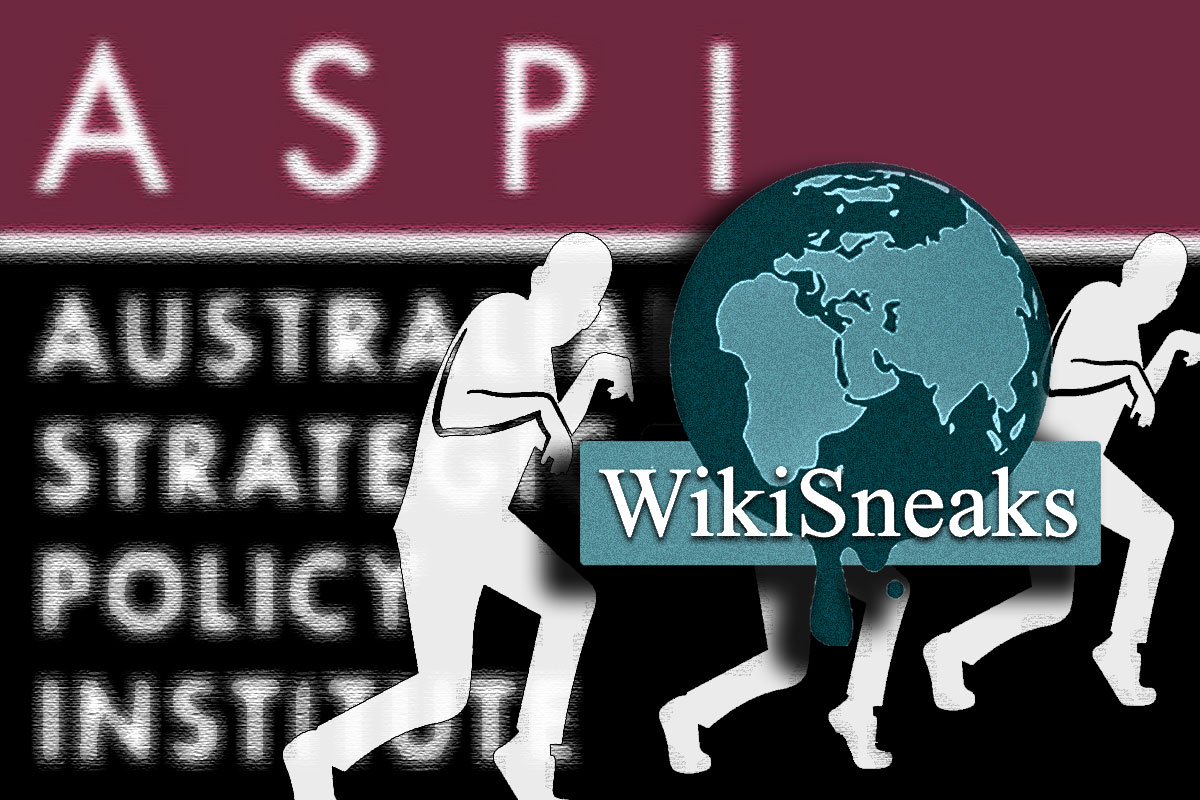 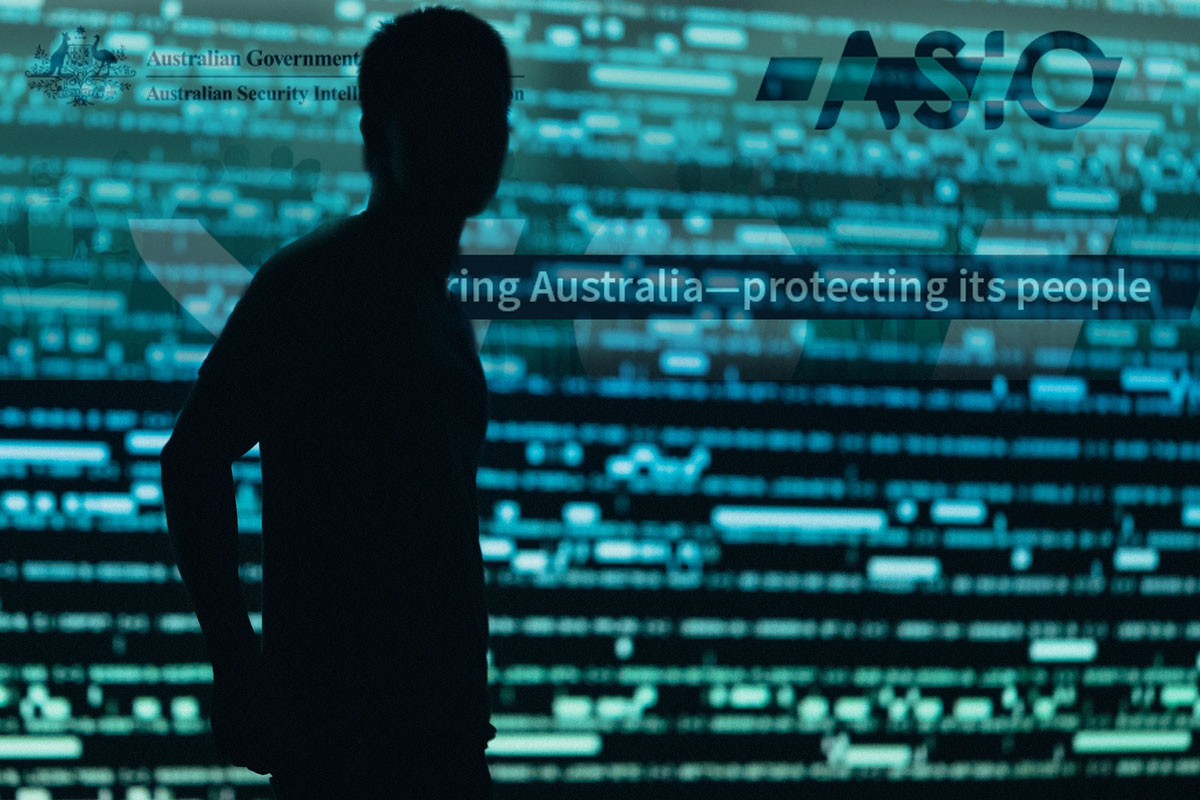