Lawyer Kingsley Liu’s family has been in Australia for six generations, his great-grandfather Lau Yee Tong landed in Freemantle when Australia didn’t even exist as a nation, not unlike his native Hong Kong he arrived at a British colony

Albany is a port is 418 km south east of Perth ; it is a deep protected sound with fine natural anchorage. Ceduna, South Australia is a coastal town 1,848 km from Albany.

There are many biographies written in relation to the Cultural Revolution. In the book titled as Tartar City Woman there are vivid scenes in Beijing that are taken from the life of Wang Hsin-ping, former citizen of China. This book states that in 1868 there are 4 survivors left after catastrophic trek from Albany to Ceduna.

In 1868 Lau Yee Tong decides to leave China when he reaches the age of eighteen. Canton is his place of birth in 1850. After reaching HK, he and his friends arrange to charter a small junk to get to Singapore.  They presell the remaining spaces in the cabin and are able to finance their voyage easily.

After an uneventful passage they reach Singapore. They realize that Singapore offers no better opportunities than HK. They hear of the gold strike in the Victoria gold fields and they confer.

The journey to Australia

They decide to set off to sail to Australia where the “New Gold Mountain” beckons many men from China to seek and earn their fortune. The junk makes landfall at Albany south of the main port of Fremantle.

The trek across the Nullabor is dangerous with little water to replenish and very few natives to provide support. The landscape is bleak and cold. It claims the lives of eight Chinese. Many weeks later the survivors join the Chinese groups who get off ships at a small seaside town of Ceduna, a few hundred miles west of Adelaide.

The poll tax is evaded that way. Of course this feat is unknown if compared to the expedition of Burke and Wells where in 1860–61, Robert O’Hara Burke and William John Wills led an expedition of 19 men with the intention of crossing Australia from Melbourne in the south to the Gulf of Capentaria. At least in the Chinese case, there are survivors even though they are illegal immigrants.

After reaching the Bendigo gold fields, Lau Yee Tong disregards the ready work and the fortunes that may have been made. He decides that he is cut out to be a young merchant and that the life on the gold fields is too rough for Chinese with the likes of him. He heads to the City of Melbourne.

Within a few years, Lau Yee Tong learns the way to survive in the Chinese enclave near Little Bourke Street. He takes over a gambling hall that Chinese sailors would frequent.

He operates the one and only Chinatown “fantan” club. “Fantan” is a bank gambling game of Chinese origins. There is a story that circulated in Melbourne Chinatown for decades. A lone gambler with an unusual winning streak faces Lau Yee Tong in a famous stand off.

The gambler finally puts 100 guineas on the table. If he guesses the correct number, his winning amount would be 300 guineas and that would break the bank. Lau Yee Tong antes up the stake by demanding that both the gambler and he would bet their own right arms so as to complement the table stakes.

Lau Yee Tong raises a chopper in hand and orders the beans to be cast onto the table.  The nerves of the lone gambler broke. He takes back his stake, leaves the club and never returns.

The club always has a 25% advantage and it makes money since the Chinese miners and sailors frequent his popular club. A boudoir is operating nearby. Hence Lau Yee Tong is able to invest in real estate.

Lau Yee tong takes over a Melbourne landmark hotel but did it quietly under a nominee. The Hotel London is a grand three-story building opposite the Melbourne GPO on Elizabeth Street. Life is lonely for Lau Yee Tong. There are hardly any Chinese women due to the immigration restrictions and the poll tax. It is maybe that Lau Yee Tong fraternizes often with Irish and English ladies. But he does not marry in Australia.

After a few more decades he sells off the club and the hotel and takes gold bullion back to China. This is before the turn of the century. Then the state governments are yielding in favour of a Federation.

Once back in China, Lau Yee Tong gets married but has only enough time to have one son.  He uses his wealth to build a series of shop houses on the main street in the city of Canton.  He also purchases land south of Canton along the railway line to Hong Kong.

When Lau Yee Tong is in his 80s, he still projects a business like air. He always wears a traditional Chinese gown. He is known to have the same level of kindness as the Sheriff of Nottingham.

But Lau Yee Tong makes his final return to Australia around 1920 and buys a shop house in Little Bourke Street.  He purchases a valuable wholesale merchant licence in the Eastern Melbourne market in Exhibition Street (Old Hilton site). Yee Tong passes away at a very ripe 80 years of age.

Lau Yee Tong’s son stays in China and has many children. He has eight children of which my father Charles is number six. They are all schooled in China. They live in a magnificent mansion “Palace of Culture and managed property around Canton.

So, these grandsons of Lau Yee Tong start to come to Australia in 1930s. Victor and Ronnie are first to settle in Melbourne and resume the wholesale fruit licence and start up a company in the Victoria Wholesale Fruit and Vegetable Market.

Yee Tong & Co Ltd’s business licence number is 52. The number of the wholesale merchants did not go much higher that this, since the merchant places in the market is limited and regulated heavily. The younger Charles later becomes the head of the firm and in the 1950’s he at various times corners the banana trade.

He often flys the bumpy ride in the DC3 for five hours to get to Coffs Harbour. In the wholesale market he is known as the Banana King. His company’s steel stencil is given to the banana growers at Coffs Harbour to spray paint the number 52 on to the ends of the wooden cases of banana. Many tonnages are consigned to his Melbourne firm where Charles at times offers premium over the market value. The banana train is a twice a week designated banana only train that runs from Coffs to Melbourne.

Charles did meet the Princess Alexandra of Kent. He turns down the suggestion to run for councillor of the City of Melbourne and became instead the President of the Chinese Chambers of Commerce.

A legacy for future generation

By and large, the descendents are all quintessentially Australian.  We all have a determined streak. Maybe it is that drive to survive a desert crossing. None of us have any tendency to love casinos, let alone ripping off disadvantaged sailors and miners.

We seem to be Robin Hood types with a sense of social justice. Some of the great grand kids may have trading skills to set up and operate as a merchant. But most of us are employed professionals. I had some merchant trader instincts and ran stock broking and law firms.  I am sure none of us ever hung around boudoirs either, unlike the accusation that my father once got in the early forties. I am not sure what mum believed but she was often in the headache department, according to Dad.

Fantan is completely illegal in those days but Lau Yee Tong craft fully lines the pockets of the Victorian police. So much are they grateful that it is never forgotten even many

decades later in 1956. Two complete sets of tickets to the Olympic Games were passed to uncle Ronnie and the descendants of Lau Yee Tong. Melbourne of course was selected to host the Olympics by a one-vote margin over Argentina. As a tiny school kid, I take off two weeks and ride the tram to the MCG every day and saw Betty Cuthbert, Shirley Strickland and John Konrads all win their gold medals.

In 1983, the shop houses in Jin Shan Road are demolished to make way for the new Peoples Park of Canton. The workers find gold bars nestled within the porcelain tiles lining the roofs of shop houses. No-one claims the gold.

My Aunty Liu Soo Ching told me that both her husband and she fear reprisals, since both had been previously excommunicated during the Cultural Revolution. She and her husband are former university professors now on government pension and housing. She surmises that the Peoples Liberation Army would have taken the gold anyway. By coincidence their employer, the South China Agricultural University is located on one plot of our original family land portfolio in Sek Pai.

Those property titles in Canton are lost well before WW II. My father’s shop lot and his brothers are claimed in newspaper notices dated 1937 which I have now in my possession. 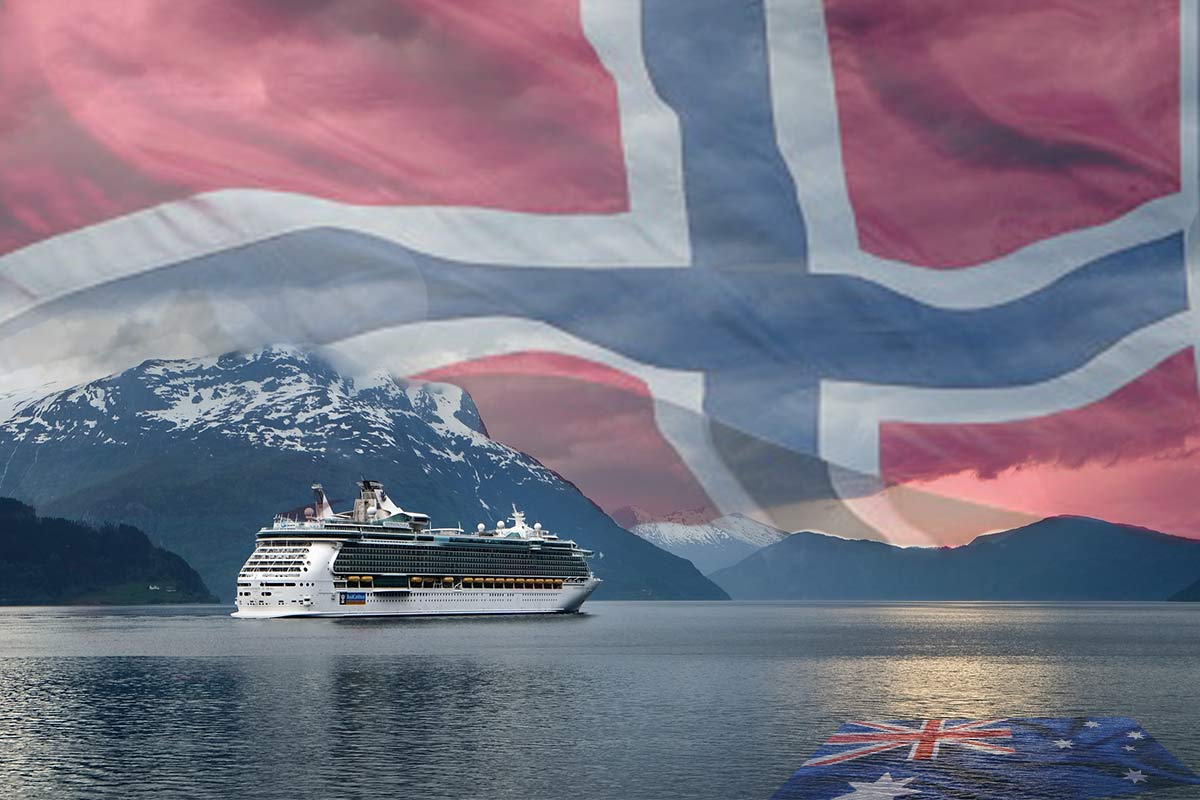