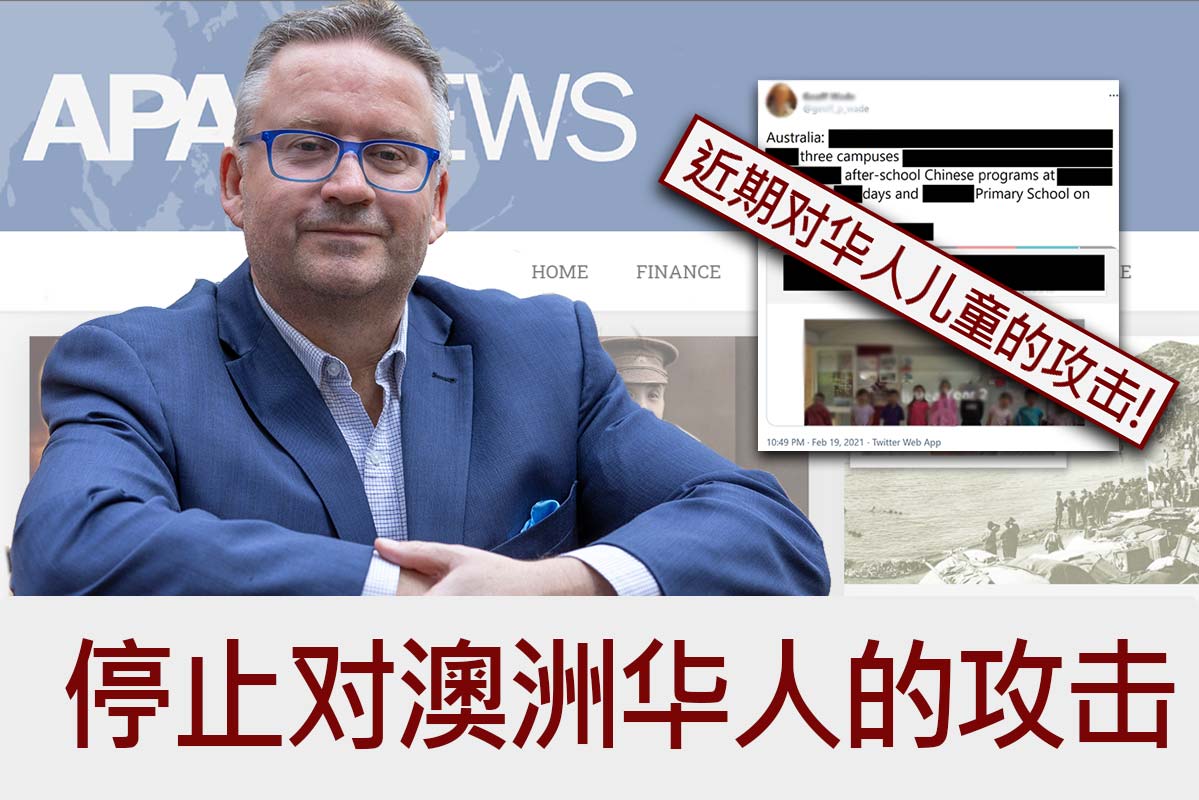 Independent Australian journalist, and publisher of APAC News, Marcus Reubenstein has served legal notice on the Australian government claiming it has failed in its responsibility to supervise an employee who maintains a Twitter account used to attack thousands of Chinese-Australians.

On 30 June 2021, Reubenstein filed a Claim in the Federal Court of Australia, naming parliament house library researcher Geoff Wade and his employer the Department of Parliamentary Services of Australia as respondents.

The Federal Court Claim is that on six occasions Wade made Twitter publications which were defamatory of Reubenstein’s character.

The Claim also states that Wade breached Australian Copyright law by publishing six images which belonged to Reubenstein without permission.

Wade works as a researcher in the library at Australia’s Parliament House has made 22 Twitter publications about Reubenstein between 2 July 2020 and 19 February 2021.

Reubenstein’s legal notice claims the Twitter publications were made to suggest he is being funded by the Chinese Communist Party in order to promote Chinese interests in Australia.

Australia has harsh laws in relation to the promotion of the interests of foreign governments by individuals and companies who do not first register their foreign associations with the Australian government.

Reubenstein is not registered on the Australian Foreign Influence Transparency Register and in a YouTube video uploaded on 7 June 2021, he strenuously denied online allegations of wrongdoing, saying they were “totally defamatory.”

He also stated, “I have many Chinese friends and I will always support them, but I don’t support the Chinese Communist Party and they don’t [financially] support me.”

The case came about after government employee Wade published an image of small Chinese-Australian children on his Twitter feed as part of a series of posts claiming that Chinese language schools in Australia were being run under the direction of the Chinese government.

Reubenstein published a story about this after the Department of Parliamentary Services refused to answer questions as to whether it condoned the unauthorized posting of children’s images by its employee.

In his article Reubenstein wrote, “Wade is behind six years of online harassment, under the very nose of his employer” and that the government had allowed him to use his Twitter account to “smear children.”

According to reports in APAC News, the government department dismissed requests from the parents of the nine 7 and 8 year old children saying the matter did not concern the department as he made his posts outside of office hours.

However, research on Reubenstein’s APAC News website shows that Wade has apparently sent thousands of Tweets from his government computer during government work hours.

In his YouTube post, Reubenstein accused lawyers for Wade of engaging in a campaign of “bullying and harassment” against him and four others, including the Chinese school principal who Wade threatened to sue after she complained about his posting of the children’s images.

Reubenstein, who is well known as a strong defender of the Chinese community, posted another video on WeChat several days ago saying, “For too long Chinese Australians have been bullied and frightened into inaction. I won’t be bullied and I won’t be silenced.”

He has set up a crowdfunding page on the GoFundMe website to raise money for his legal fight.

NOTE: This legal fund was established, and is solely operated by, Marcus Reubenstein. Whilst any support is greatly appreciated, the fact that third parties may promote, or share content related to, this legal fund does not constitute endorsement of those groups or their activities.

This article was published by The Australian newspaper. As it relates to the publisher of this website it has been reproduced under the Fair Dealing provision of the Copyright Act. The article is published here for the purposes of information not for reproduction on other platforms.